For eight straight years, enrollments have declined in U.S. colleges and universities, according to the National Student Clearinghouse Research Center. The college admissions office is captive to demographics it cannot do anything about. The economy has been adding jobs, which has diminished the urgency for more schooling. Older Americans have gainful employment and have turned away from getting re-educated in a new field or beefing up their job skills in community college. And National Public Radio (NPR) reported that the enrollment of people over 24 years old has fallen by more than 1.5 million since 2011.

Admissions counselors are also powerless to do anything about declining birthrates in the United States, which means high school graduation classes are going to be smaller. Of course, Ivy League schools and prestigious private schools are boasting single-digit acceptance rates.

But what about the rest of the higher ed world and the hunt for students? What is the game plan when your school is being scrutinized by 18-year-olds and you need an edge?

A survey by “LinkedIn Global Talent Trends (2019)” hints at one strategy. The study found that hard skills are important, but 92 percent of human resources professionals also declared soft skills matter as much, or more. Market your school as one that can focus on soft skills. Sell your place as an institution that can teach students the ability to problem solve, communicate, and collaborate.

In addition to soft skills, you may be hearing a lot about how a “holistic” approach can help increase enrollment.

The Coalition for Access, Affordability and Success is made up of approximately 130 of the nation’s top colleges and universities, and the “holistic” approach includes giving students a digital “locker” where they can enclose writing samples and multimedia samples that convey their uniqueness and talents.

That leads us to another avenue admissions departments are using—a test-optional approach by more than 1,000 colleges and universities. The SAT and ACT are no longer required components of admissions for these schools and that can attract a wider range of students. The list of test-optional schools is impressive: Wesleyan, Bowdoin, Bates, Dickinson, Franklin & Marshall, as well as many universities, like Wake Forest, American, George Washington, and Worcester Polytechnic Institute. Some schools have gone to “test-flexible” policies where IB/AP test scores can take the place of the SAT/ACT requirement.

Colleges and universities are also trying to sharpen their prospecting through “demonstrated interest.” The students will tell admissions offices, through their social media, if they like you, or not, and what your chances are. When a student demonstrates interest, the data can start to be developed and the pitch sharpened.

Schools can also gauge “demonstrated interest” through the usual: campus visits, e-mail, contact follow-ups, and regional events. The whole idea for admissions officers is upping the base yield rate, or the percentage of students who show interest and follow through and show up in the fall.

A survey by the National Association for College Admission Counseling (NACAC) found that 14 percent of colleges and universities consider demonstrated interest as having “considerable importance” in the admissions process.

There are traditional recruiting tools that won’t go away. Four are time-tested methods to connect with prospects: hosting campus visits, outreach to parents and high school counselors, high school visits and college fairs.

Socially speaking, and the lot

And then there is SnapChat. Millennials are using SnapChat as their news source, or a way to follow their favorite brands. According to online student loan marketplace Lendedu, 58 percent of students are checking SnapChat first, Instagram second and Facebook last. Schools can give students a chance to look at the “real life” of a school through SnapChat. It has become essential to the admissions officer’s game plan.

Written pamphlets and blogs describing your campus and curriculum are still useful, but live videos are increasing in popularity as ways to interact with millennials.

Here are some other strategies:

Of course, the old standby “word of mouth” should never be discounted. College admissions officers and other school officials should stay in contact with former students and encourage their participation in talking up the old U. There is nothing like a stamp of approval from a graduate in the marketplace.

What has become troublesome for some admissions counselors is dealing with politics and the politics of race. It is becoming a challenge in this day and age of polarization. It can limit how schools can recruit some students. 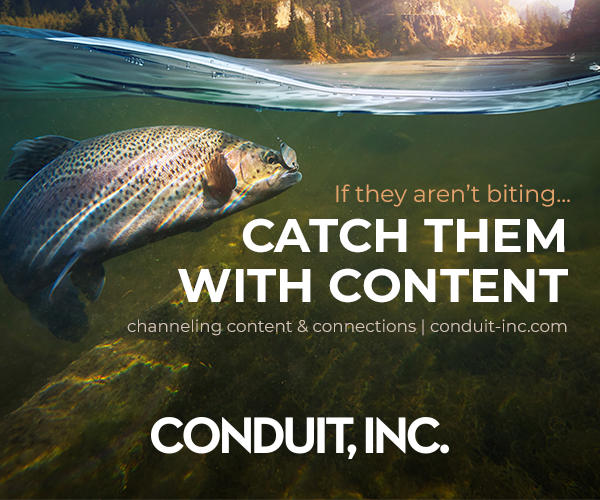 For example, Kentucky Governor Matt Bevin said state funding should be limited for liberal arts degrees and provided instead for STEM degrees. In essence, the state is telling prospective students what majors are valuable and what they should study because their loans depend on it. That can make the job of admissions recruiters more challenging because it means casting aside needy prospects with designs on a liberal arts degree.

Andrew Belasco, author of “The Enlightened College Applicant: A New Approach to the Search and Admissions Process,” and a leading expert on college admissions, said one of the Top 5 trends to watch in admissions is race-based court decisions. There was a lawsuit against Harvard brought by Asian students on the school capping admissions of Asians. Fisher vs. University of Texas at Austin turned into a Supreme Court case where a white plaintiff claimed she was discriminated against by affirmative action policies.

The U.S. Department of Justice under the current administration has called for an investigation into the legality of race-based college admissions. Belasco said college admissions officers have to keep with court news—and politics—to do their jobs.

If the politics of race are not challenging enough for schools, some admissions counselors have to adhere to the bottom line and hunt for tuition revenue. That means money can trump diversity, academic excellence, and fit. The competing missions—finding the right students vs. paying the bills—are stressful.

But the work can be exhilarating and rewarding. Colleges and universities are looking at first-generation students to pick up the slack in enrollment and they are finding ambitious candidates. Minorities are becoming more empowered in some states and able to find money for school where their predecessors could not.

Jason DeWitt, a research manager at the Clearinghouse, told National Public Radio that “Hispanics and first-generation college students” are going to make up a greater share of new college enrollment” similar to how enrollments got a lift with women in the 1970s and 1980s.

There is still room for old-school strategy in helping admissions officers: improving graduation and retention rates. Schools should not forget about their current students in their zeal to recruit new ones because there is nothing like success to keep your numbers up. Prospective students track the failure rates at schools and never assume it is the students’ fault for flunking out. Something must be wrong at the school.

There is still room for old-school strategy in helping admission officers: improving graduation and retention rates.

Schools might not be able to do anything about the economy or birth rates, but they can do something about retention and graduation.